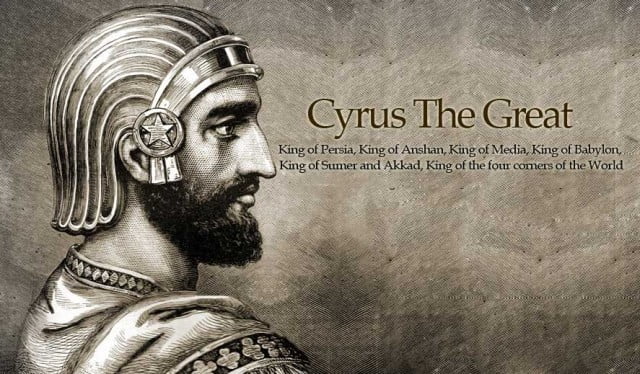 Cyrus united with Persia and Media and expanded without destruction

Cyrus diverted the River Euphrates and entered Babylon though the river bed, the people welcoming him as liberator from the hated rulers Nabonidus and Belshazzar

Under Cyrus, the Persian Empire established capitals at Suza, Ecbatana and Babylon 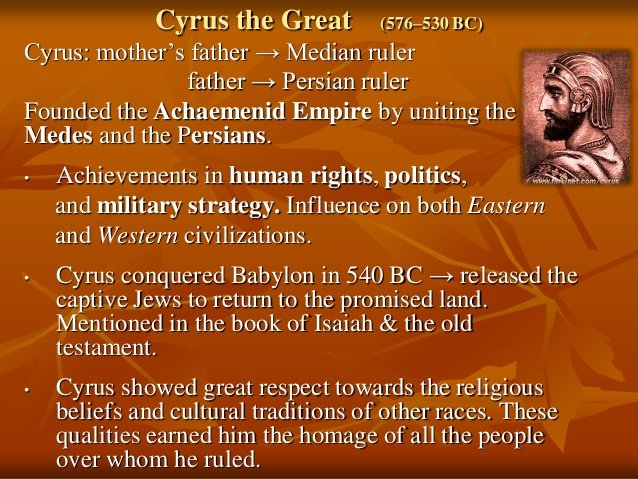 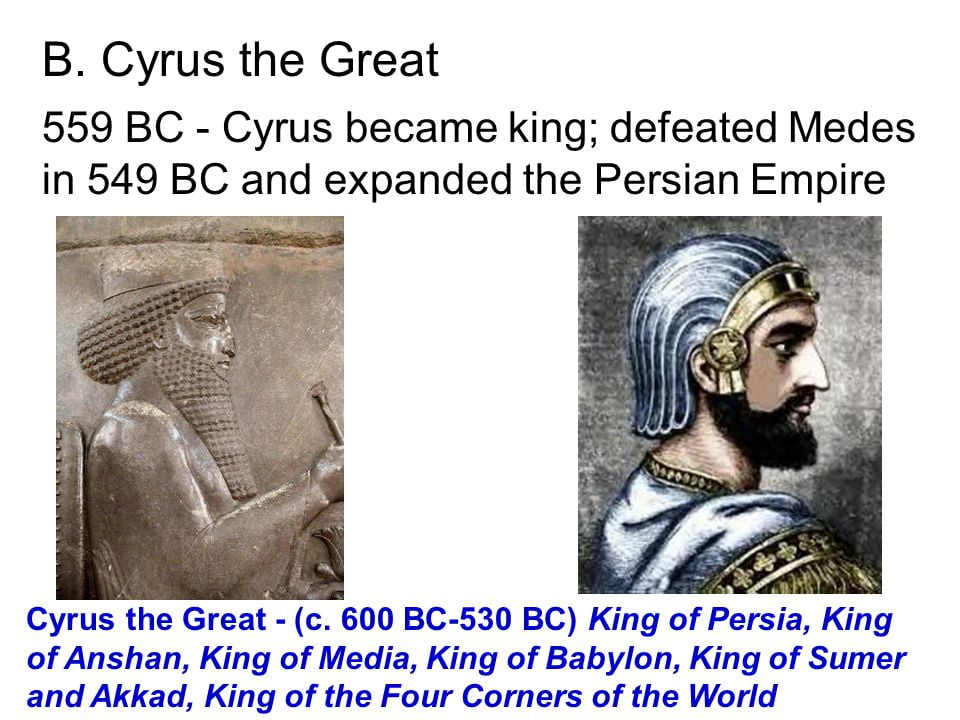 As mentioned at Shebna’s tomb Isaiah 45 mentions Cyrus as the annointed instrument used by God to deliver the Jews, predicting the events 100 years before they happened” 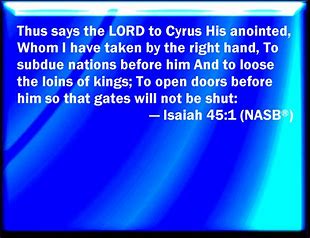 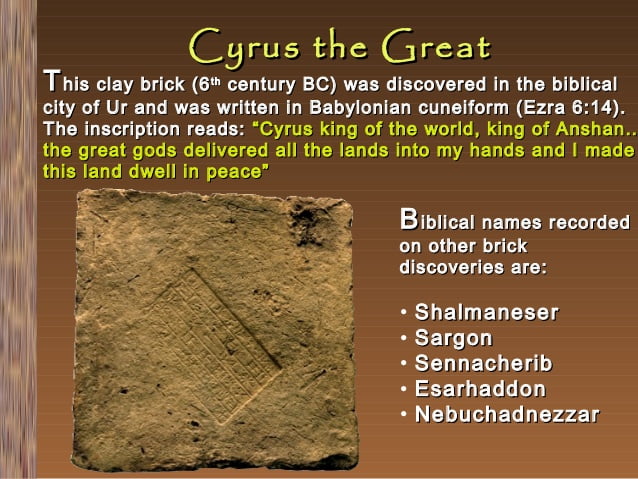