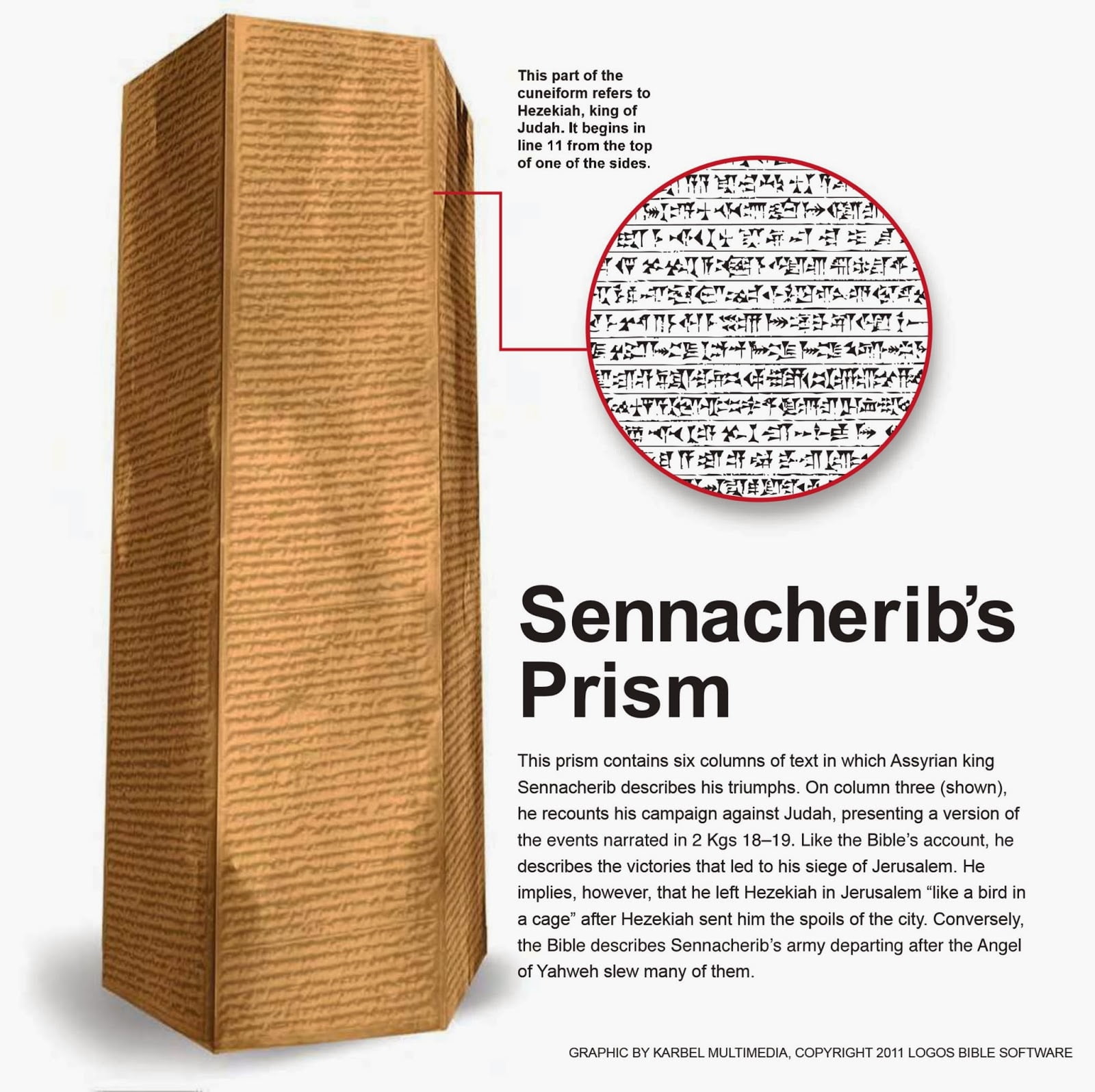 The chronicles and sculptures from Sennacherib’s palace in Nineveh discovered in 1847, were the first direct proof found of these events.

Pictures in stone lined the walls of his 71 roomed palace telling the history of his conquests. 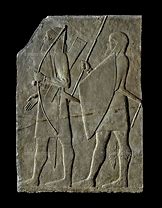 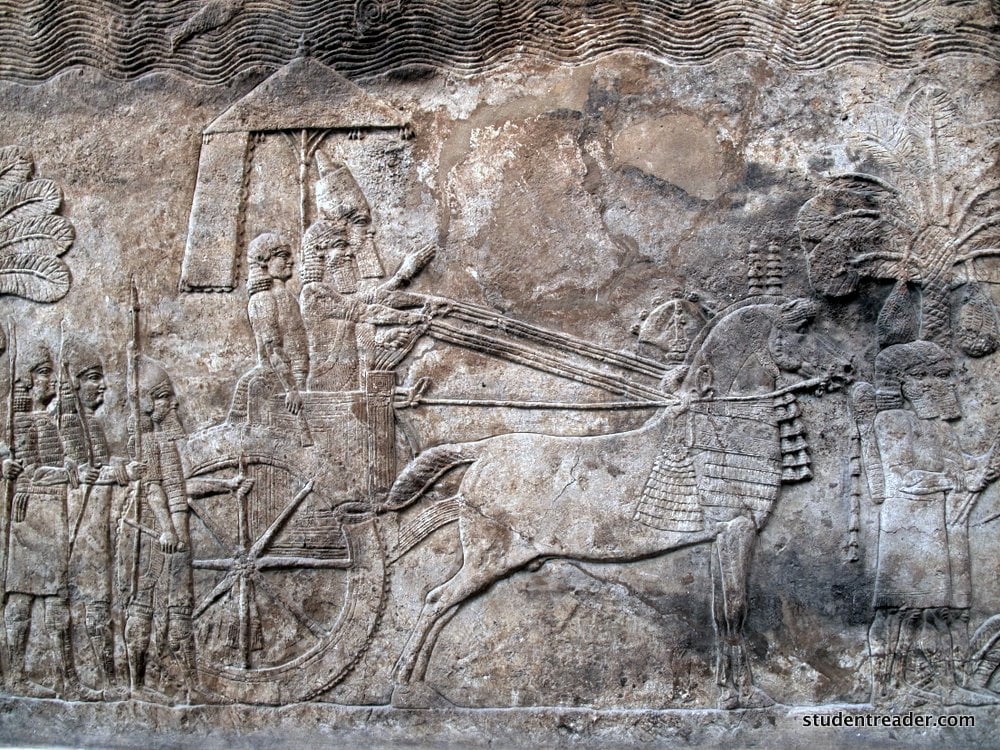 The bible and Sennacherib’s inscriptions agree that

Hezekiah was imprisoned in Jerusalem

30 talents of gold were paid in tribute 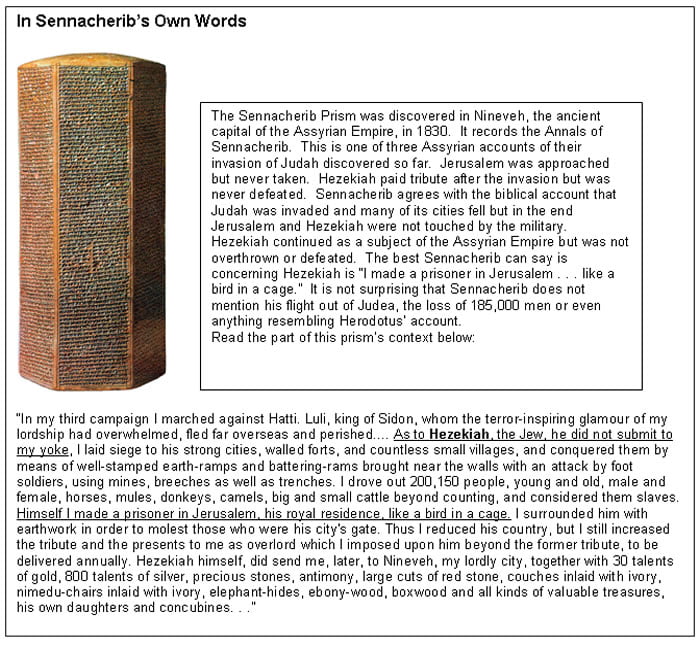 But the Assyrian record does not explain the ‘mystery of history’

What happened to Jerusalem?

Jerusalem did not fall. Tne mighty Assyrian army left the area without a battle. Why?

35 And that night the angel of the Lord went out and struck down 185,000 in the camp of the Assyrians. And when people arose early in the morning, behold, these were all dead bodies.

The Assyrian chronicle is silent about the result, however the truth would have been too humiliating to record 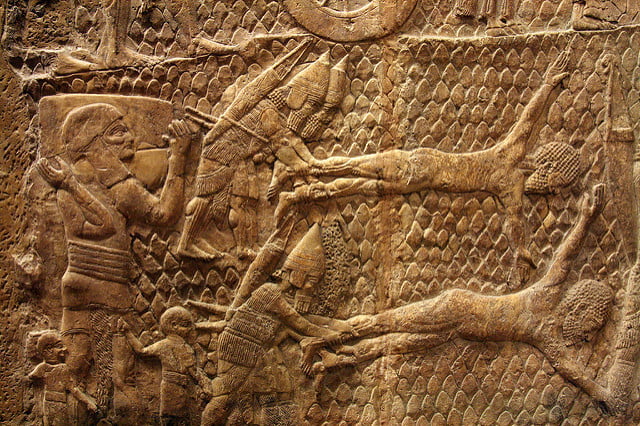